TAX-free Retirement in the Heart of Europe

Anyone who is nearing or at retirement age wants to protect his or her hard-earned pension.

Many want to do this in a safe country with a warm climate, friendly people and a great lifestyle.

Now one country has made it easy to do all the above.

Portugal, voted Europe’s best golfing destination by the World Travel Awards, has recently improved legislation aimed at attracting foreign residents and investors to the country. The Non-Habitual Resident (NHR) law allows qualifying individuals who have not been resident in Portugal during the previous five (5) years, to become resident in the country and receive a private pension or non-Portuguese income, tax-free for a period of ten (10) years. Foreign or non-Portuguese income is exempt from taxation if the country from which it is paid has the right to tax the payment (even if it does not). Qualifying individuals include EU/EEA/Swiss nationals and those who qualify based on special programs such as dependent employee, entrepreneurship, study, business investment or the Golden Visa. 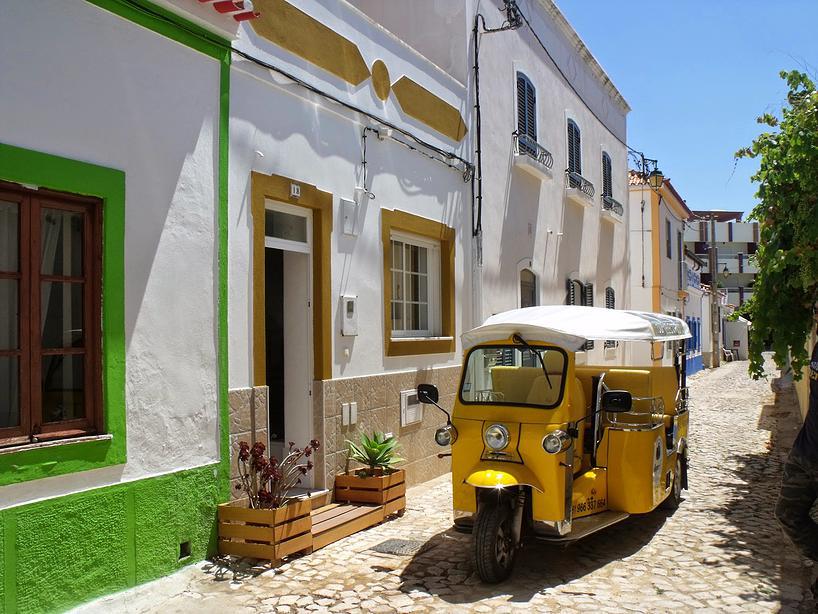 The Golden Visa allows non-EU citizens (extending to close family members) purchasing at least €500,000 of real estate to benefit from permanent residence, which may be converted into citizenship after a period of 5 years. With property values still at very competitive levels, the combination of the two solutions may provide a tax-free entrance for non-EU nationals to the European Union.

Although Portugal does not implement strict controls on the movement of individuals, especially within the Schengen space, the formal requirement for residency is either 183 days or possessing what could be deemed as an habitual (owned or rented) residence on the 31st December of the respective tax year. Exceptions to this exist, such as the Golden visa, where permanence requirements are significantly lower.

In practice, most double tax treaties (conventions) allow for the taxation of income at source, but many countries do not exercise this right if the person is non-resident. It thus follows that, under the NHR law, most foreign income will be tax-free. It will also be important to analyse each sub-category of assets, such as dividends, royalties, bank interest, etc. in order to ensure that maximum tax relief is obtained in each case. The use of a suitably qualified tax advisory professional is recommended and the investment in this is quickly recouped (typically between €1,500 and €3,000 depending on complexity of an individual’s financial affairs).

The possibility of a tax-free pension, the absence of inheritance or gift tax, no wealth taxes (other than annual taxes on real estate), access to the state health system for residents and EU citizens, a lower cost of living than most of the EU-18, and the availability of quality and cost-effective private health, have earned Portugal the Telegraph accolade of the “2nd best place to retire abroad”.

In addition to the traditional route involving the purchase of real estate, a rental-based solution for retirement and long-stays has recently been launched in the Algarve, already one of Europe’s most popular holiday resorts and voted Europe’s best beach destination. Complete with medical, F&B and other relevant services, the solution caters for those looking to try-before-they-move or simply to enjoy winter stays in their destination of choice, and also affords NHR status to qualifying individuals.

* In 2013 there is a 3.5% surcharge imposed on all personal income tax in Portugal, linked to the ending of Portugal’s bail-out from the EU/ECB/IMF.