You are here: Home1 / Vila do Bispo and Salema

VILA DO BISPO, BUDENS AND SALEMA 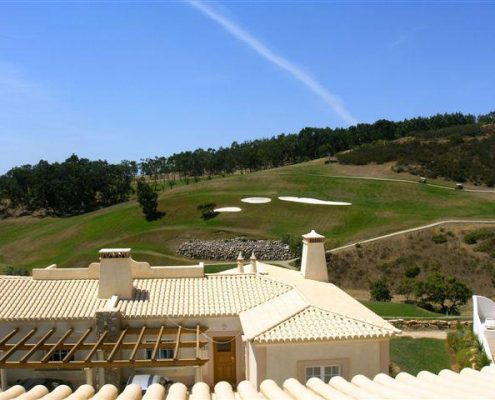 Vila do Bispo is the Algarve’s westernmost municipality, symbolized by the Costa Vicentina Natural Park. This makes it a naturally beautiful part of the Algarve, wild in parts by virtue of its exposure to the influence of the Atlantic, yet with a uniquely beautiful coastline which is a haven for walkers, surfers and wind sports aficionados. Sagres, situated in the extreme Southwest, not only of Portugal but also of Europe, is a must-see for most tourists, even if only passing through to one of the region’s spectacular beaches. This region of the province is characterized by small villages of winding streets with whitewashed houses, their names evoking memories of a traditional Algarve: Salema, Budens, Burgau, Raposeira.
Faro airport is just over 100 km away, Lisbon 330 km and Seville 300 km.

Humidity in this part of the world is higher than elsewhere in the Algarve and the effects of the Atlantic breeze, which at times can be very strong, can be felt on the coast. For this reason, the town of Sagres is popular mainly with locals as well as watersports enthusiasts such as surfers, but is generally too windy for most new residents. Come slightly east and in a well-picked, more sheltered location those looking for a quiet lifestyle will find their ideal home.

There are several festivals throughout the year, almost all of religious nature. Also on the cultural level, you will find the megalithic monuments which are scattered by Vila do Bispo, Raposeira and Budens. These are fairly rare to find in the rest of the Algarve, but here there is a large amount and diversity. The road to Praia da Ingrina, is one of the largest concentration of Menhirs of the entire Algarve, dating back to IV-III millennia BC.

For lovers of “Birdwatching”, there is in Sagres a great diversity of birds with the possibility of boat trips to observe them and an annual event (in October) for observing migratory birds, in combination with other fun activities.
Several Blue Flag beaches can be found in this part of the Algarve. For lovers of diving, the whole coastline and its crystal clear waters are a treasure trove of anchors, cannons, planes, vessels of various types and from different times. The most famous is the flagship of a French squadron – “L’Océan”, which sank near Praia da Salema in 1759.
Salema, 8 km from Vila do Bispo and 9 km from Lagos, is a still small fishing village, with winding lanes between traditional white painted houses. It is possible to observe the return of the fishing boats on the beach, and sample the local catch in local restaurants. Salema, a blue flag beach, is ranked as one of the best beaches in Europe, featuring dinosaur footprints found in rocks at the beach.

Close by, the Algarve’s westernmost golf course, the championship Parque da Floresta course which can be either a stroll through wonderful countryside or a golfer’s nightmare if the wind is strong.

In Vila do Bispo visitors and residents alike will find the expected useful services, such as the library, the health centre, the Town Hall, post office, pharmacies, hotels, Surf school, diving centre, several restaurants, etc.
As a means of transportation, there is the network of taxis and buses that run along the Algarve. The closest train is in Lagos, about 25 km away.
Interestingly, the region has arguably the only golf course with residential properties which are within walking distance of a large supermarket, local village with restaurants, and two beaches within a 30 minute walk.

The far Western Algarve is the region with one of the lowest construction densities of any coastal region in the Algarve. Sometimes seen by some as just a little too far and a little too windy for permanent living, the quality of build in the resort developments of the region nonetheless provides spectacular value for money for winter or year-round living, even if only for a year or two. We have a breadth of options across all the main towns in the area, Burgau, Salema, Budens, Budens/Parque da Floresta/Golfe de Santo António and a leading eco-resort in the region.