Start With A Rental

The Algarve is a popular summer rental market. A range of options exist in both municipalities. Long-term rentals represent a small percentage of the total rental market and private apartment and villa rentals, whose owners often only place properties on the market as an afterthought following a poor summer season, compete with long-stay hotel accommodation that offers various guest services that are not available in private property.

Private rental is often a cost-effective and flexible way to have time to make permanent decisions. However, most rental properties are summer rentals—the most popular rental sitesn continue to be large property portals such as Homeaway, Holidaylettings, and Rightmove Overseas—and owners attempting to advertise properties as winter rentals inflate prices to hedge any loss of summer rentals. As a general rule, the winter rental values of properties in popular tourist areas are similar to the weekly values in the summer. A quick analysis in the area of Lagoa and Silves using a specialist long-term rental site bears out this observation, with long-term rentals of a studio apartment in Carvoeiro at US$946 per month and a 2-bed apartment in Silves at a well overpriced US$2,330 per month. The disadvantages of rentals negotiated directly with private owners include isolation, a lack of support in the initial phases and difficulties in dealing with the initial bureaucracy involved with any new country move, often exacerbated by the lack of knowledge of the local language. 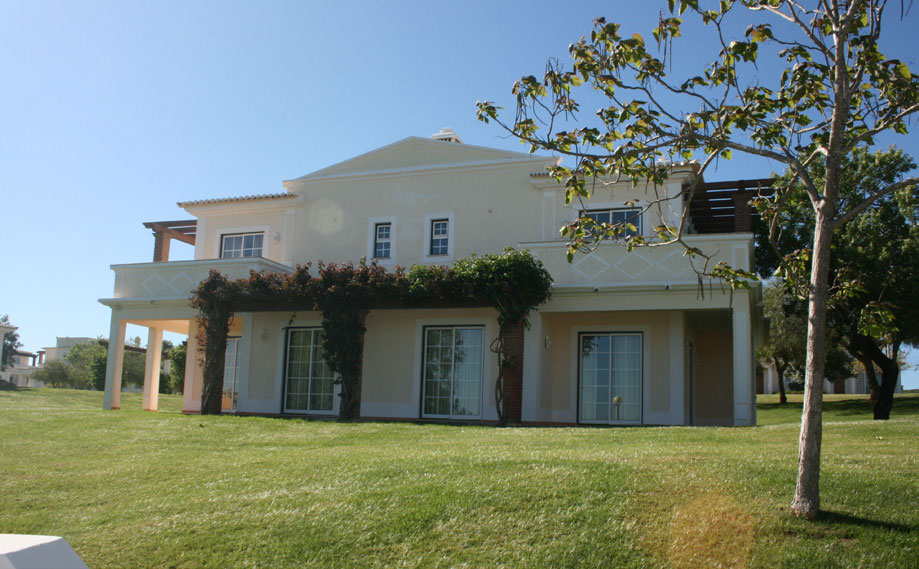 Historically, many visitors moving to the area, including firsttime visitors, have opted for purchasing real estate as a way of securing their permanence in the area. While this remains a popular option, the market is changing. The economic crisis of 2008 and the knock-on effect on the liquidity of the real estate market means that many people find themselves locked into a permanent solution while their personal circumstances demand ever-more flexibility. Many existing expatriates and prospective new ones say that if they had the choice they would not buy a retirement home or would at least experience living overseas, if possible within a community, before making a permanent move. Two groundbreaking rental projects will launch in the Silves and Lagoa area, which will reinforce their reputation as leading expatriate retirement destinations. The Algarve’s, and one of the Iberian Peninsula’s first senior (50+) communities, with which I am involved, will begin operating in the fall of 2014, in the town of Carvoeiro. Aimed at the independent living market, it will offer a range of 4-star accommodation, and guests and residents will be able to choose from a 1-month try-before-you-move option, a 3-6 month winter stay, or permanent residence (including the possibility of opting out during the peak summer months). You can read more about the project at Algarve Senior Living (www.algarveseniorliving.com).

Expected to launch in 2017, a bespoke-developed senior village backed by a major Scandinavian group, will be developed less than 2 miles from the center of Silves on a 60 hectare (150 acre) site. A care home to cater for the increasing health needs of residents, will be included in a future phase. With the variety of options on offer, and direct flights from dozens of global destinations, there is simply no excuse for not trying out the Southern European lifestyle before taking the plunge.

A list of short-term rental providers is in the Algarve “Rolodex.”

“Recent authoritative research by the OECD,” as reported by the Telegraph, “highlights property markets in Portugal” as “a bargain” and “undervalued.” Portugal’s property market is well-established. There is no restriction on the purchase of real estate and most land and property is sold freehold. The country’s property registry system is centralized and very reliable. The law protects property, property rights, and the right to access and use one’s own property.

Property buyers pay property purchase tax (Imposto Municipal sobre as Transmissões – IMT) on a sliding scale based on the property’s taxable value, which has historically been lower (and often significantly lower) than actual values at which properties are transacted. In recent years, this gap has reduced as the government has revalued properties in order to capitalize on an obvious source of tax income. The table below illustrates the values payable for each price interval, depending on the type of property.

Land is taxed at a flat rate of 6.5% when it is rural or has nothing yet built on it.

Stamp duty is 0.8% of property purchase price. Annually, municipal taxes (designated IMI or Imposto Municipal sobre Imóveis) are charged on properties using a formula containing variables which include the size of the property, and how many luxury or entertainment items (such as pools, tennis court, etc.) it contains. Each municipality has the right to charge a slightly different IMI value, which range from 0.3-0.5% with rustic buildings (whose taxable values are normally very low) paying a value of 0.8%.

The Algarve was launched as a ‘Mediterranean destination’ in the 1960s and the town of Carvoeiro, located in the municipality of Lagoa, is one of the most popular resorts for foreign property buyers. Today, there is a range of real estate available, both new and resale, mainly 2- and 3-bed apartments and 3- and 4-bed villas. However, a studio apartment starts at around €70,000, a 1-bed apartment from €90,000 and a 2-bed from around €100,000. One-bed cottages, which are scarce, start at around €150,000, 2-bed resale townhouses from around €190,000, sea view 2-bed townhouses from around €225,000, and 3-bed villas from €275,000. A private villa on an acre of land with private tennis court and pool, and established gardens, can be purchased for €850,000. Fractional real estate in the area starts at around €50,000 for a quarter share of a 2-bedroom apartment on a golf course. 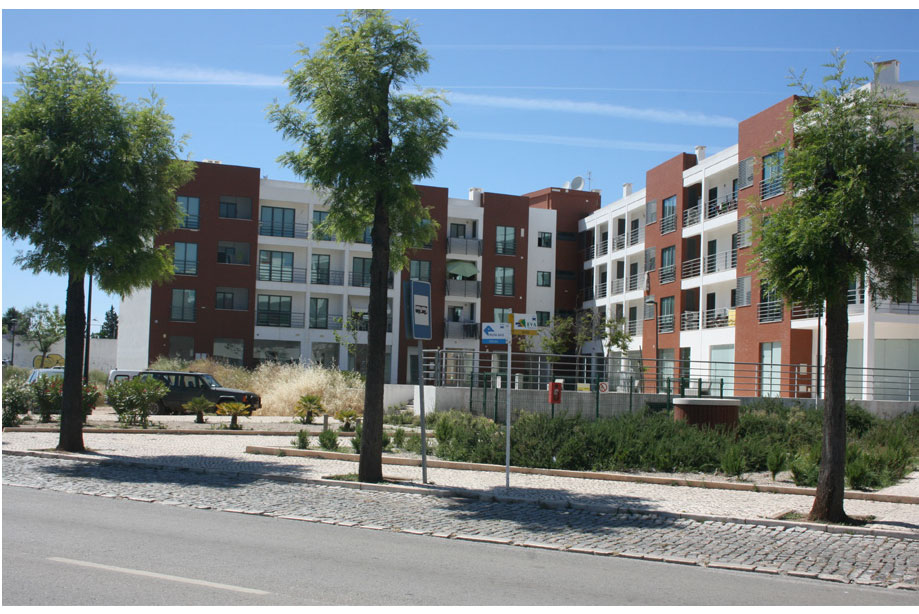 In a survey of motorhome owners, the Algarve was voted best motorhome destination in Southern Europe and Northern Africa (including Morocco). And Silves has gained the reputation of being the motor home capital of Southern Europe. Hundreds of motorhomes, from as far afield as Denmark, the UK, France, and Germany mix with the occasional Portuguese traveler to create a virtual community numbering as many as 350 vehicles. There have been some recent incidents of motorhome users being ordered by local police to leave, due to what they considered abuse of local health and safety rules, and parking in unauthorized zones (there are local licensed sites which include water and waste disposal facilities, as well as a Laundromat, for as little as €6 per day. Nonetheless, the majority of this community of people who spend up to five months in their motorhomes in Southern Europe and some of whom have visited the area as many as 11 times, are law abiding and respect local rules and take care to exhibit good manners in sharing space with other expatriate neighbors. They make a significant contribution to the local economy during the quiet winter months, frequenting local restaurants and shopping at local grocery stores and the Silves market.

Portugal has no inheritance tax; if you rent a property you will also not be liable for any wealth taxes, which only exist in the form of annual property taxes on real estate which you own. Anyone who has not been resident in Portugal for the previous five tax years is entitled to obtain residence under the Non- Habitual Resident law, which entitles most people to receive pensions and foreign income tax-free for 10 years. Under the same law, for any professions included on a list published by the government and which includes company directors, accountants, IT professionals, engineers, architects, people in the medical profession etc., the personal income tax rate for any work conducted in or billed from Portugal is capped at 20% (plus any surcharge due to the fiscal emergency measures, totaling 3.5% in 2013). This is well below the maximum 46% top tax bracket in the country. The procedure to register as a NHR involves registering with a local tax office and providing simple supporting information. (See “Becoming A Resident” for more details.).

The strength of the euro versus the U.S. dollar in recent months has eroded some of the competitiveness of local prices from the point of view of arriving US visitors, but as exchange rate fluctuations are constant, anyone considering emigration should plan their currency requirements well in advance.

Sales tax (Imposto sobre o Valor Acrescentado – IVA) is charged nationally, based on the type of product or services. IVA rates are high, ranging from some zero-rated services to 6% for basic products and 23% at the highest tier. IVA is included in all products and services. However, due to the high rates, some service providers do not issue a formal IVA-compliant receipt unless specifically requested to do so. In order to combat this tax avoidance, the government has implemented several innovative schemes to bring more transactions within the system, including raffling off luxury cars. Anyone issued an official IVA invoice is automatically eligible to win, but the provider is automatically flagged in the system if they have been avoiding tax. So the government has cleverly put the taxpayer to work for them to collect taxes.

Banking in Portugal is sophisticated and easy, and most transactions can be done online with no need to ever enter When finance becomes too much…remember, the good things in life are free a branch other than to open an account. Deposits are guaranteed up to €100,000 under European law.

Cash withdrawals from Portuguese bank accounts are free: Portugal was one of the world’s first countries to implement a shared banking platform to which all banks are linked and so ATMs, which are easy to find in most locations, allow free access to withdrawals, online payments, statements, and in some cases deposits. Payments or withdrawals using foreign cards and foreign accounts can also be done using the same machines, but subject to usual costs charged by the issuing bank. All major credit cards are accepted. Foreign exchange is easy and all banks and most of the world’s Forex companies operate in the country.

Anyone operating a business in Portugal after having run one in the US or the UK, for example, will find it more
difficult here. Although the Algarve has a Citizen’s Store (Loja do Cidadão) in Faro, which allows you to deal with all government departments, from finance to social security and even registering the name of the company, in a single day and location, annual returns which must be validated by a TOC (an ‘official’ accountant registered with a central professional body), the complexity of IVA returns, and the social security burden on the employer, make the country bureaucratic. The government is working on methods of simplifying this and automation has seen a huge improvement in service levels, but the underlying procedures and multi-stage approvals are still cumbersome.

Tax returns are reasonably easy to complete online, although there are limitations on the state’s computer system and online availability near the start or end of submission periods. It is recommended that you seek assistance from a professional tax adviser or accountant for your first tax return. Thereafter, with some support from the Ministry of Finance’s informative and multi-lingual online portal, you should be able to complete the annual return.

As with most countries, it is advisable that advice is sought from one of several specialist firms, several of which have long-standing experience in the region. The cost of a residency application under the Golden Visa program will cost in the region of €6,000 (with each renewal around €3,000), while dealing with an application under the Non Habitual Residency program will cost between €1,500-3,000, depending on the law firm involved.

Many people also prepare a will or testament to ensure that no confusion arises between countries as to their final wishes in case of dying in Portugal.